The 50th Wedding Anniversary celebration for Hortencia and Joe Capello was held at Saint Mary’s Church in Lockhart, Texas,

The Reception was held at Texas Old Town in Kyle, Texas. They had wonderful catering and a memorable Mariachi band.

The still photography was done by Jennifer Lindberg Weddings. 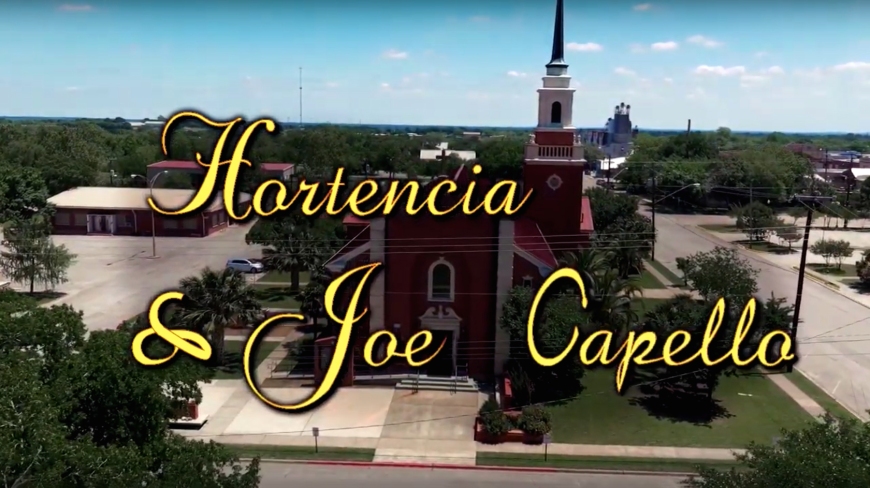 They had their 50th anniversary mass at St Marys church in Lockhart, Texas.

Edited in Adobe Premiere ( and Adobe After Effects) By Matt Kordelski at mattkprovideo studios.

This is the 50th wedding anniversary mass for Hortencia and Joe Capello.

The mass was held at Saint Mary Catholic Church  in Lockhart, Texas on April 27th, 2019.

Edited with Adobe Premiere and  some After Effects work.

This is a earlier recap video:

Removing the photographer from a wedding video with Adobe After Effects.

The Photographer followed the bride down the aisle taking pictures.  I wanted the footage withOUT the photographer in it.

then I added a second adjustment layer and played with the HUE& SATURATION to make the footage look better,